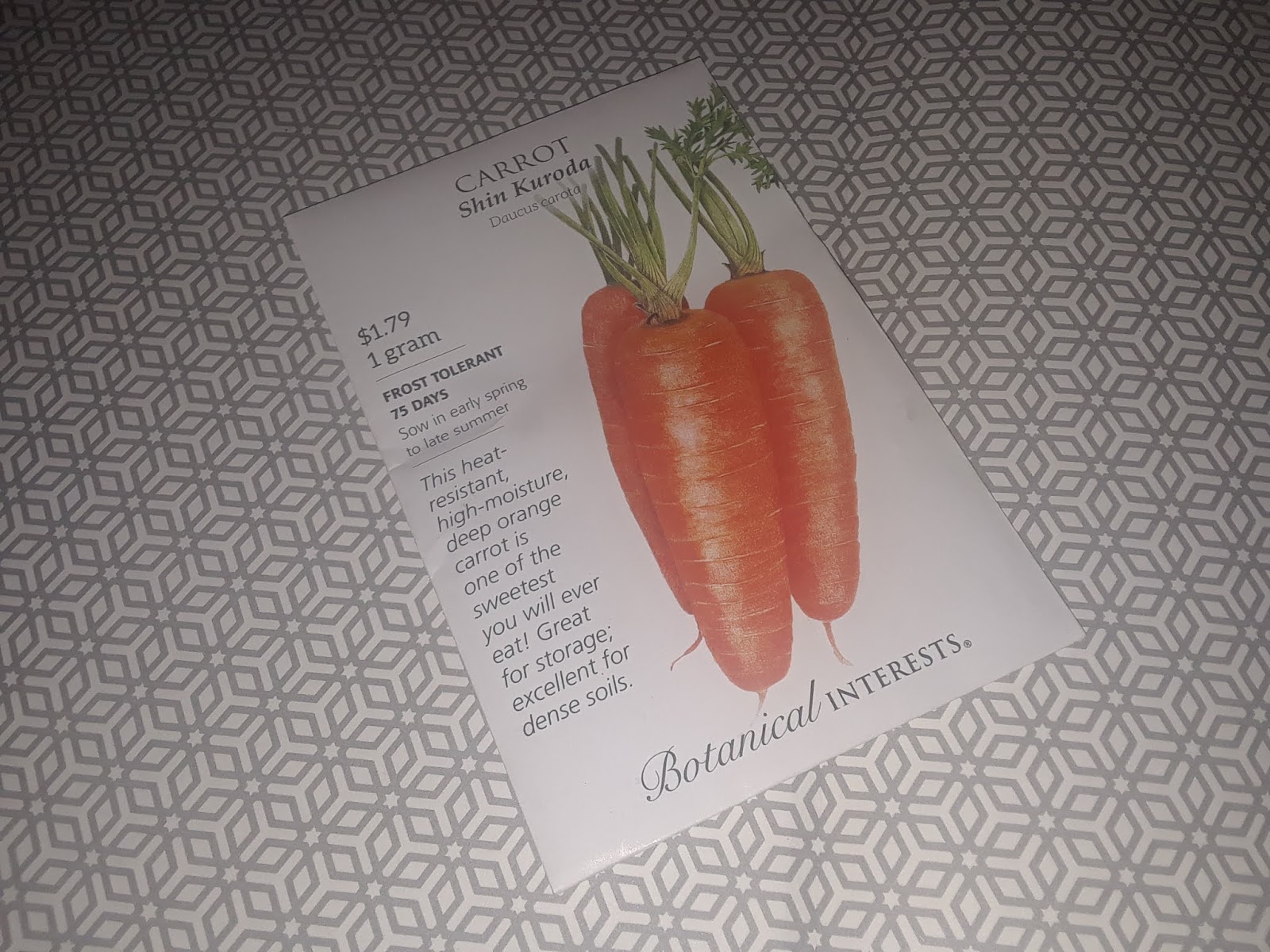 Yesterday, I bought some carrot seeds. I've been spending so much time planting seeds for chard, broccoli, lettuce and a few brussel sprouts, so I can have a nice fall garden.
Hope to get some of the seeds in the ground by tomorrow....well, maybe not tomorrow, I'm trying to attend a concert event tomorrow, so I'll probably shot for the end of this week.
Posted by Atlmom5 at 11:12 AM No comments:


"Gardening is the work of a lifetime: You never finish." 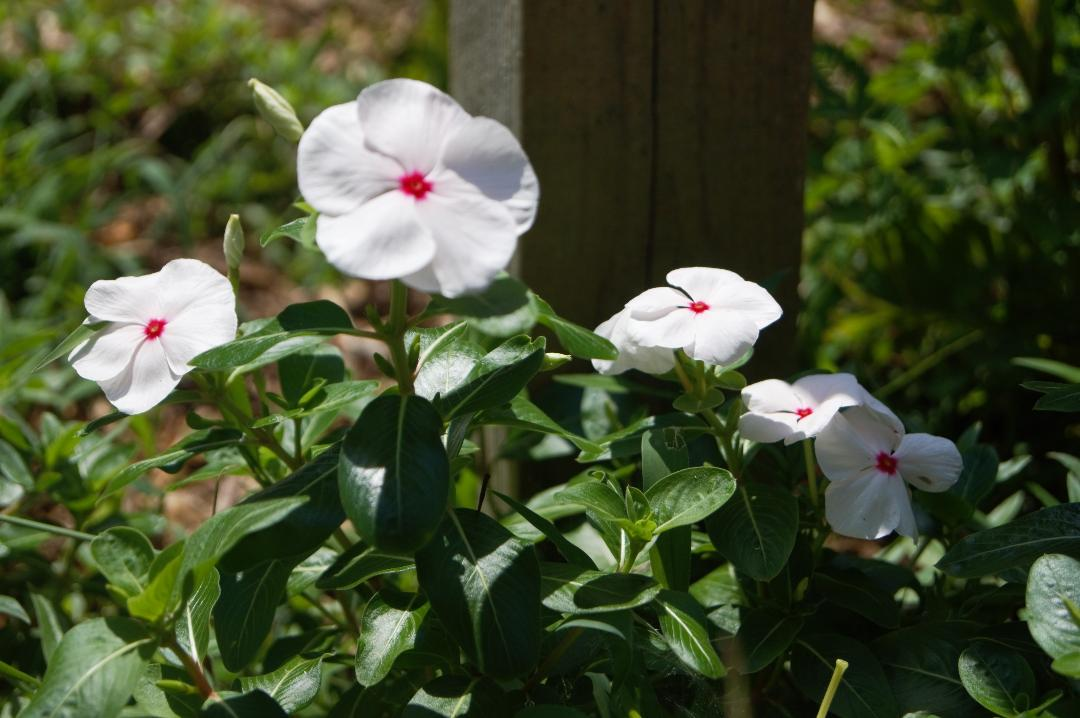 A few pictures around my garden and yard. Here’s a lovely picture
of Vinca plants that were given to me by one of my kids’ friends,
they really add a nice pop of pretty around the mailbox area.
Thanks again, Izzy for the beautiful gift!


In another area of my yard, we’ll find some late season growth
of some other summer favorites.

Here we have Thai Purple Eggplant. 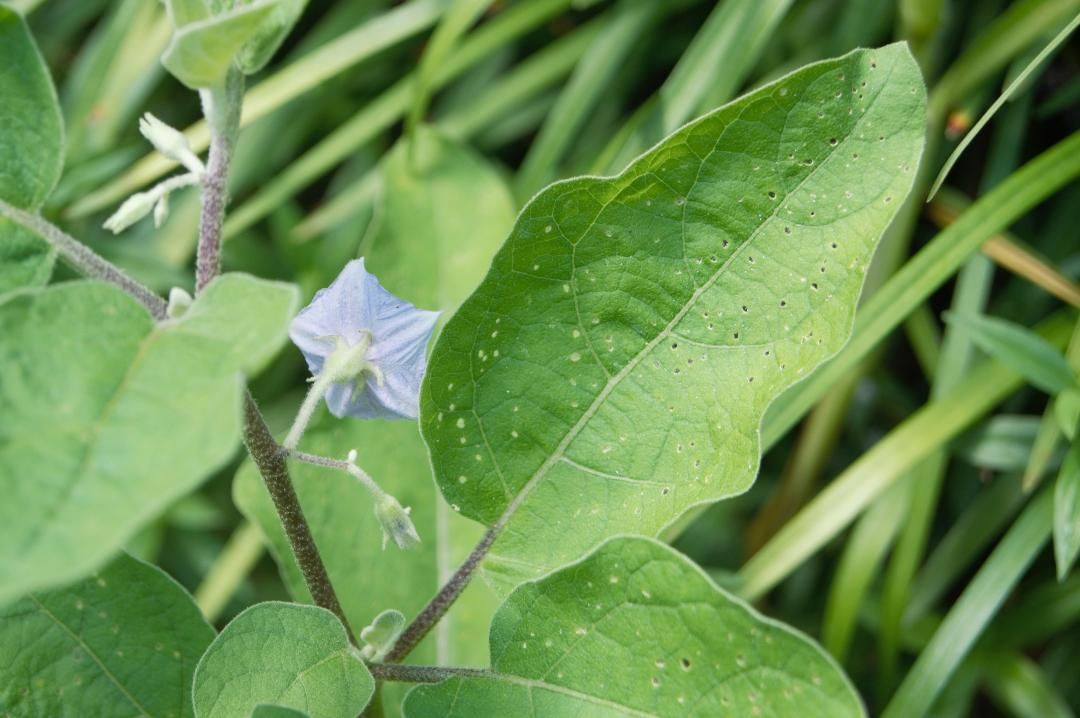 This is my
first time growing this variety, I usually grow Black Beauty
or Slim Jim Variety. Love the taste of both of these varieties,
however, as an impatient gardener, I prefer growing Slim
Jim simply because harvest time is a lot faster and longer than
Black Beauty. Since this is my first time growing Thai Purple, I
can’t really give an honest review of this variety, yet.
It was such a struggle just to keep the plants alive---I started a
numerous amount of seeds indoors 8 weeks before frost, under
a heating lamp and eventually started hardening them off
(the process of moving plants outside for portions of the day
to familiarize plants with outdoor temperatures and weather).
Everything was working out greatly for three weeks and by
this time, I was starting to leave the plants outside for overnight,
and then----it happens. An unusual cold front comes through
and damaged several plants. It took lots of time and effort to save
what was left---it probably took two months.As you can see there’s
a flower on the plant, so fruit is not far behind. 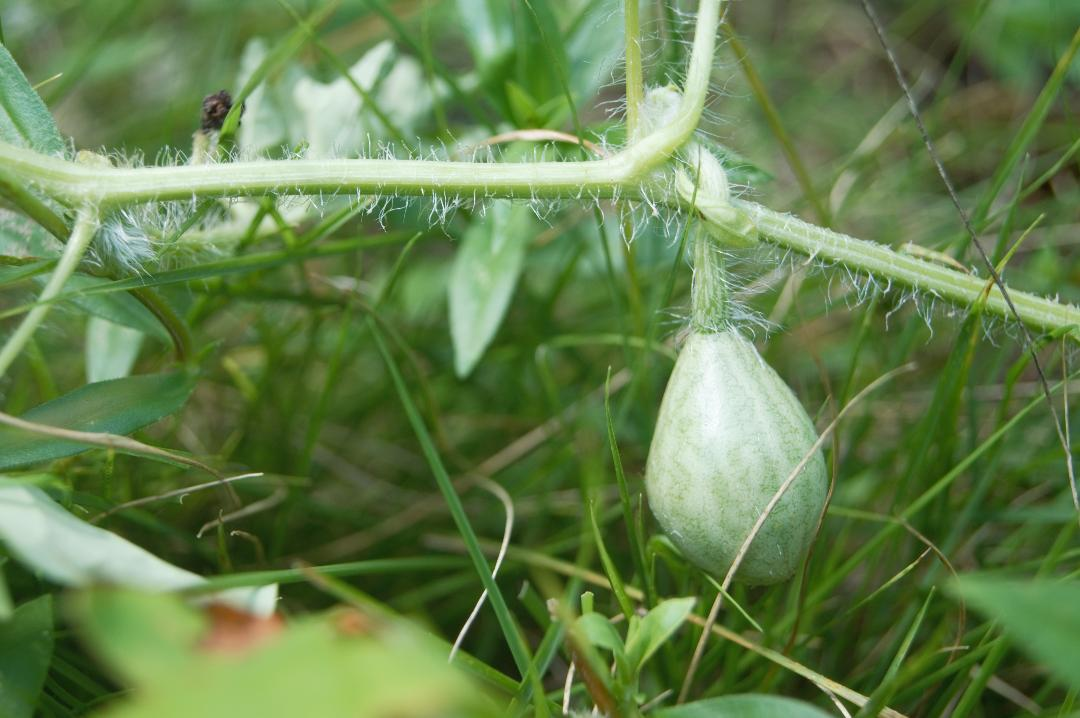 This last picture has to be my favorite of the three pictured.
Yeah, homie that’s a watermelon and I’m so excited!
This is my first year growing the larger variety of
watermelon…..oh no, that’s a lie! I almost forgot, I did grow
the Moon and Stars variety last year, along with my
usual planting of a smaller variety called Sugar Baby
(they usually weigh between 8 to 10 pounds).

Moon and Stars grew very well last year, however, I never
got to bring any to the table because they became a
feast for the animal kingdom. Never found out what was
eating the melons, but hey----it must have been delicious,
just too bad my family and I didn’t get a chance to taste
the sweetness of the Moon and Stars melon, but I hope to
experience a few slices of Orange Tendersweet this year.

So Ready for a Fall Garden 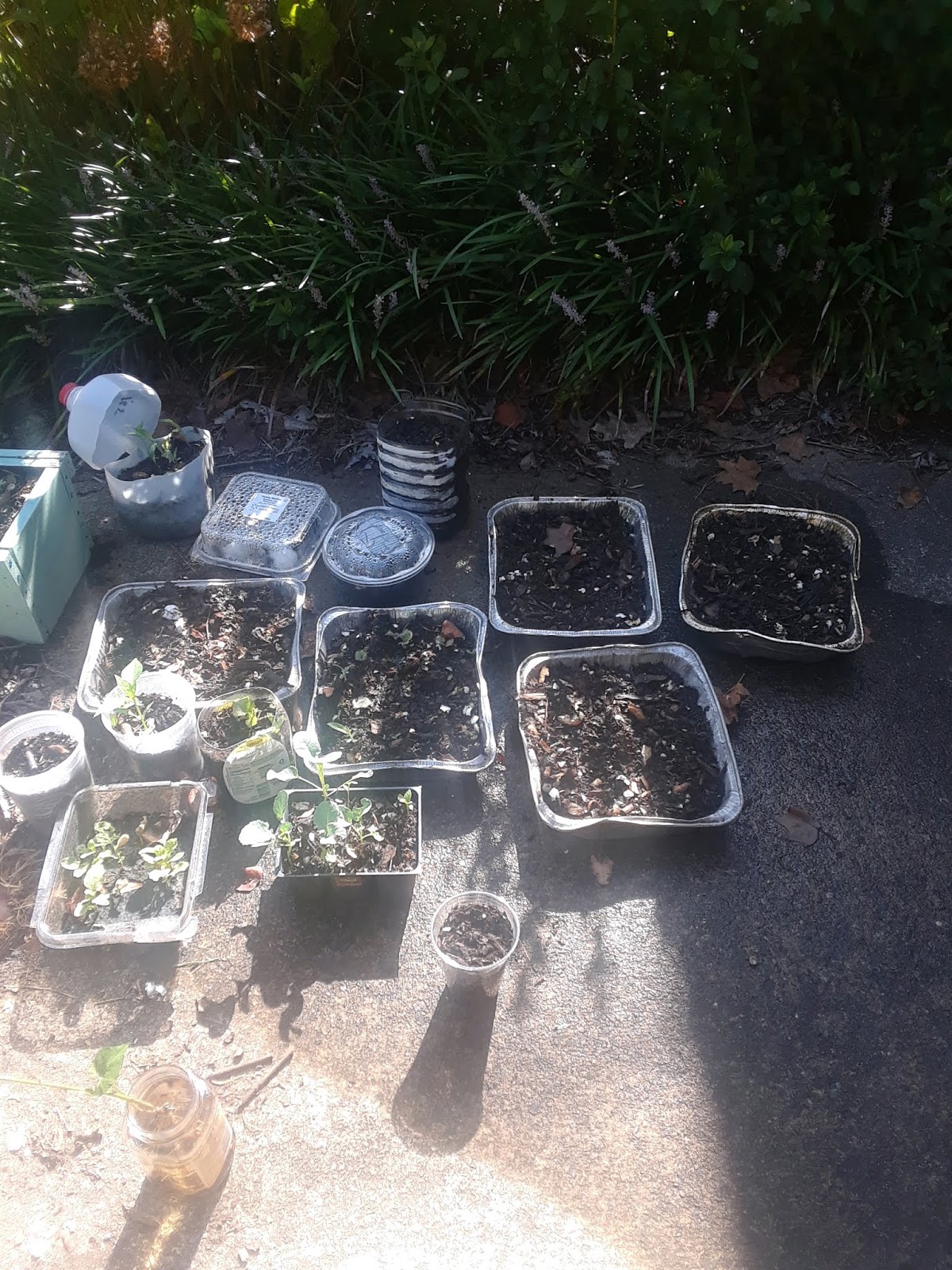 Working hard to get the fall garden together. Been planting loads of lettuce and broccoli seeds for the past week and a bit of chard.
Have you started your fall garden yet, and if so, what are you planting?
#fallgarden, #atlgardener, #growfood, #agreenhaven, #broccoli, #lettuce
Posted by Atlmom5 at 7:32 AM No comments: 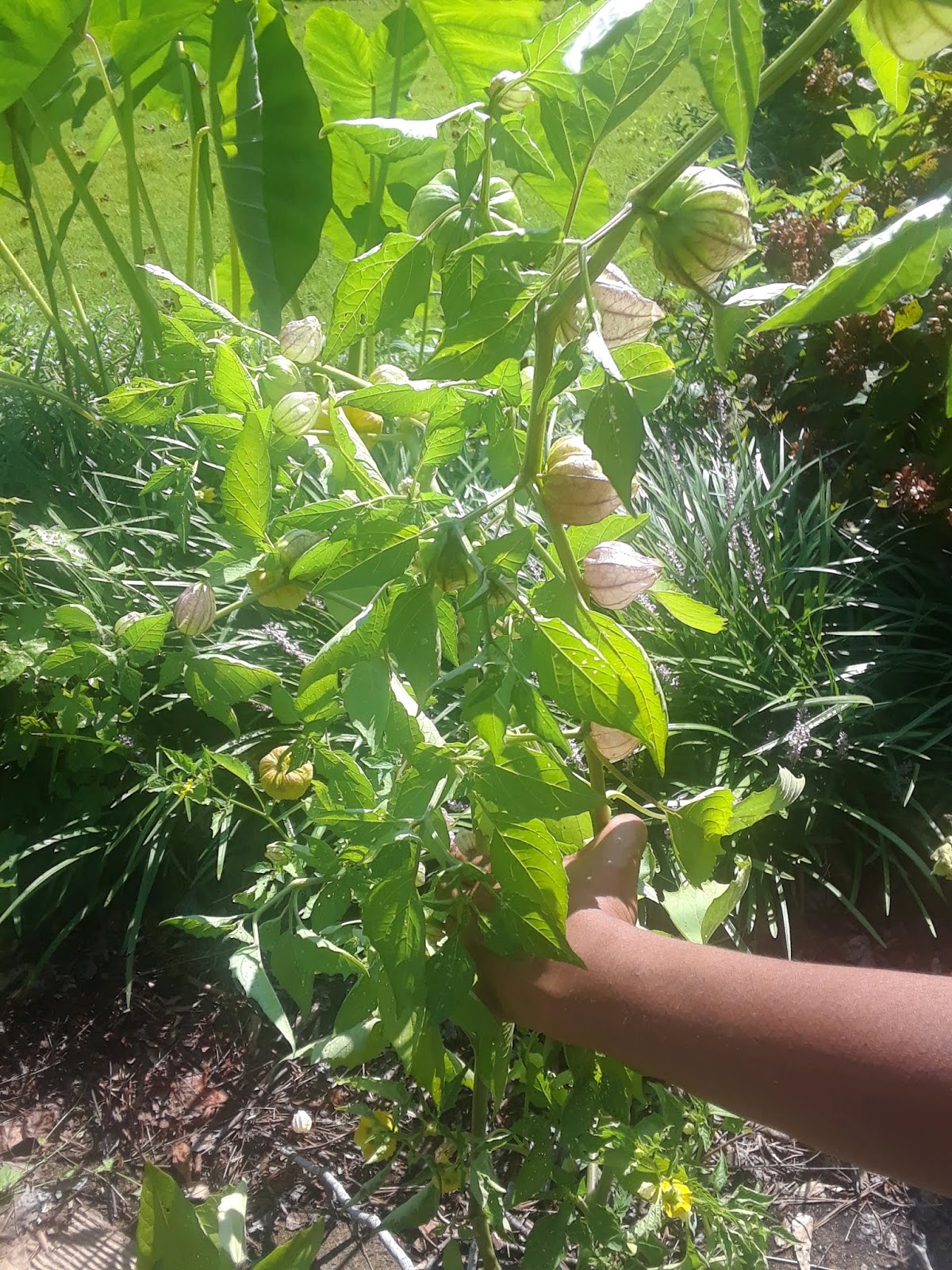 I forgot to post about this two days ago, but here I am.

I finally harvested some tomatillos, I probably should've waited, but I was antsy. 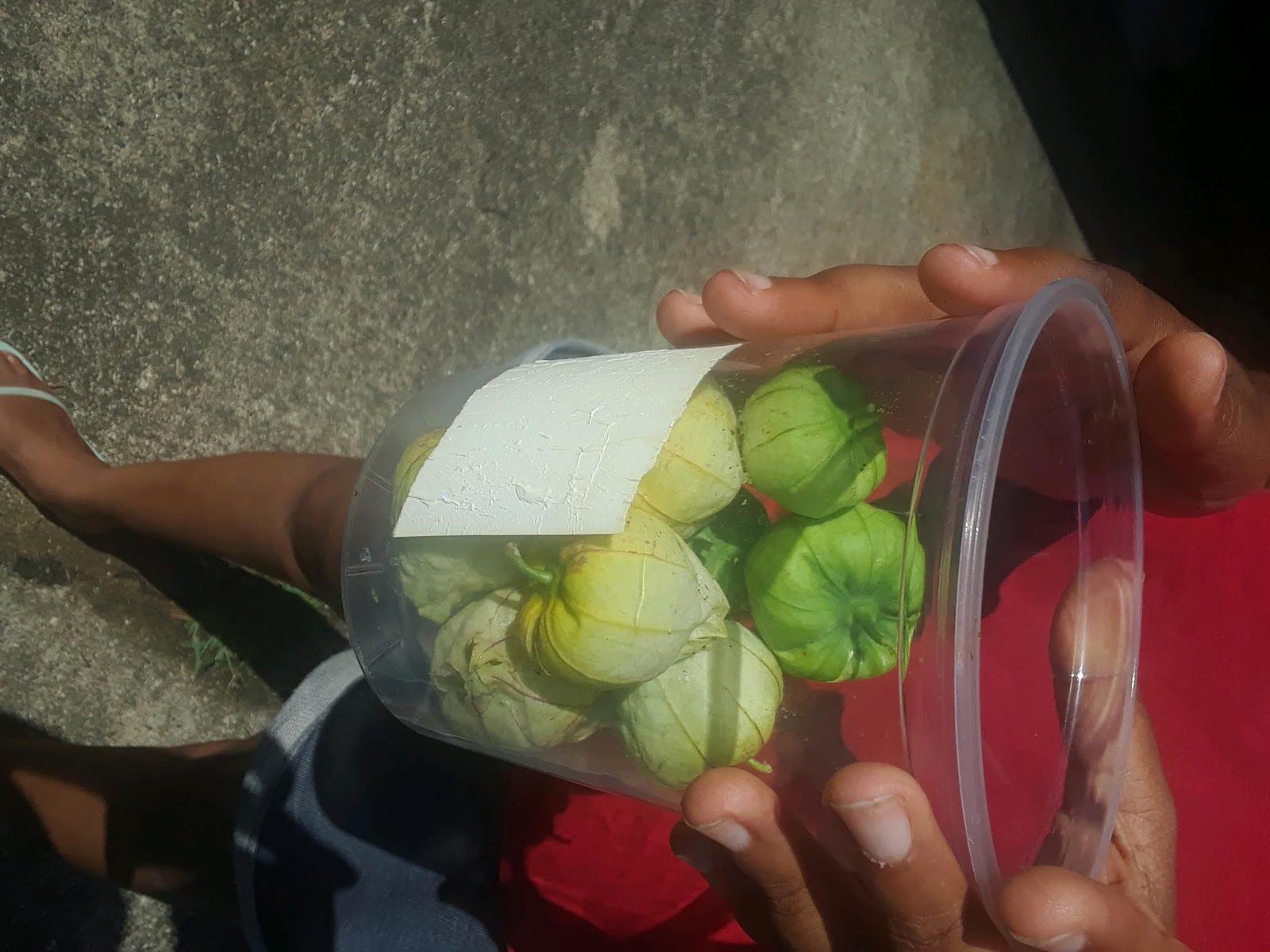 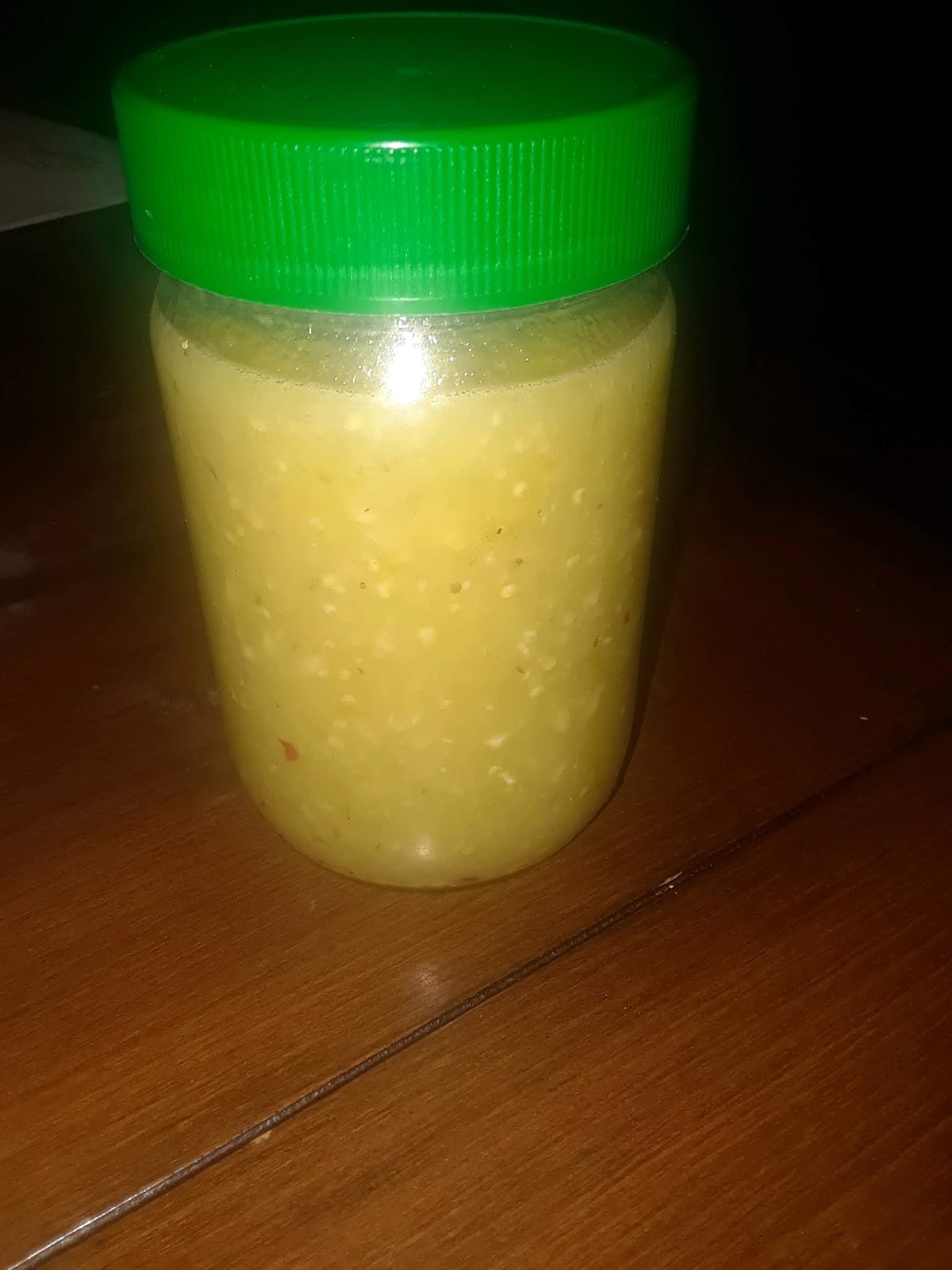 Was able to make an 8 oz jar of
salsa verde, next time I'll try to post the recipe. 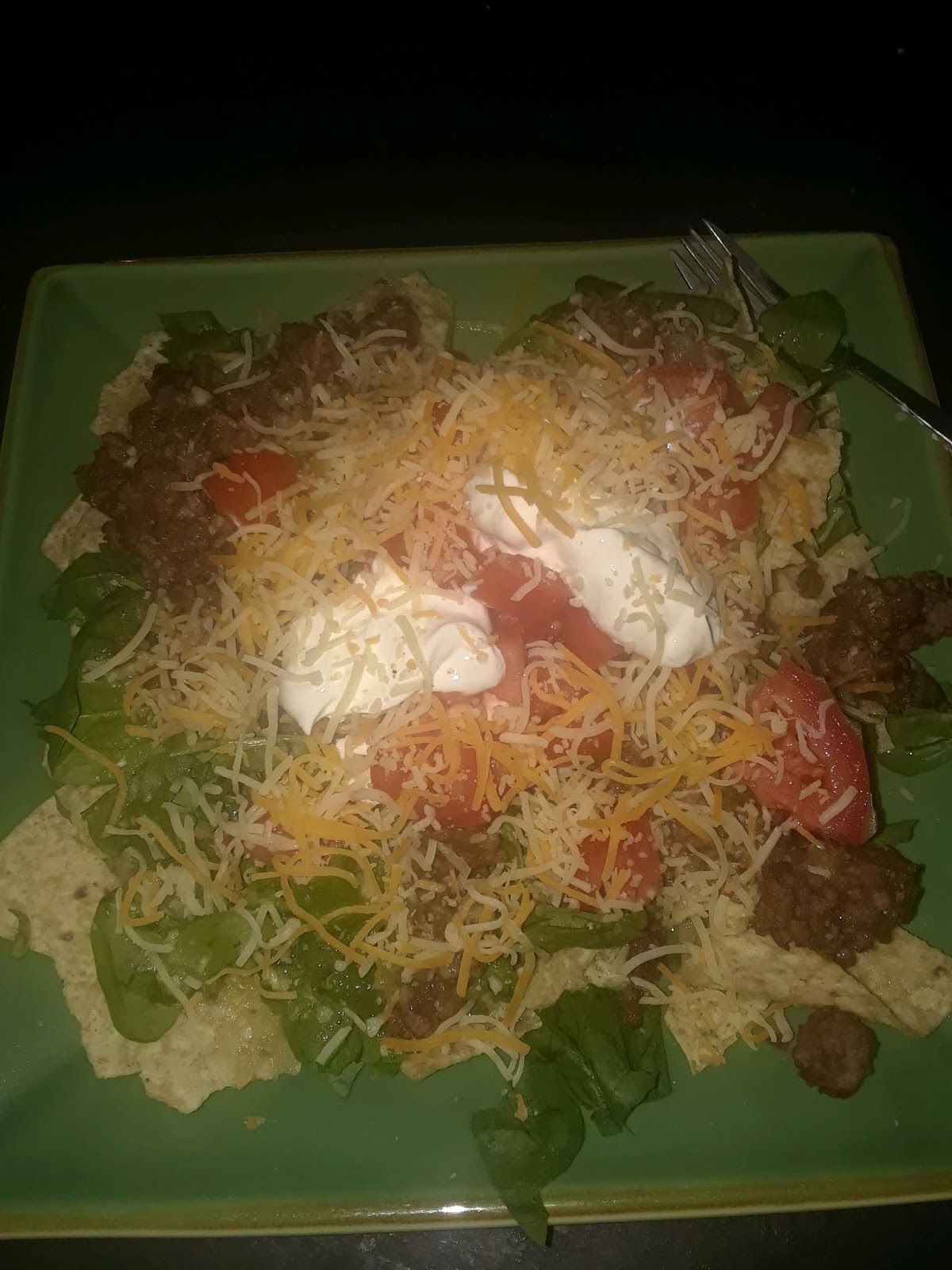 And just like that, it's a taco salad type of night!

Gardening adds years to your life and life to your years.
--Unknown
Posted by Atlmom5 at 8:09 AM No comments: 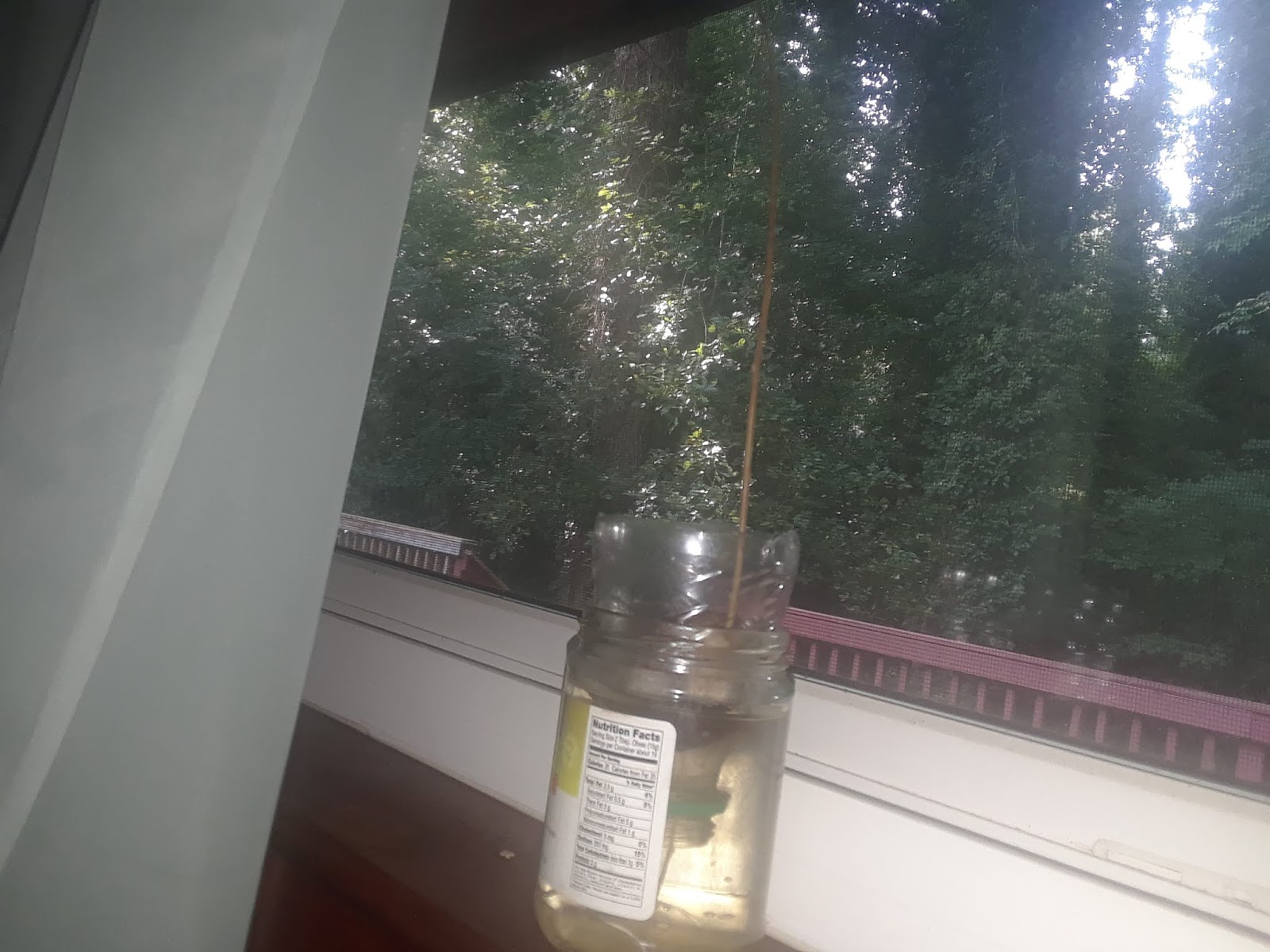 You probably can't tell this is a photo of an avocado seed that has split. I absolutely forgot about it, even though it's sitting on my kitchen windowsill--you were almost tossed, buddy.
I've grown an avocado plant in the past and have never had to wait so long to see any progress/growth. Shoot its been so long, I don't exactly remember when I started on this project....I want to say it was late April/early May--I'm going to run with that.
For probably two months I never saw any progress with the seed, so I thought maybe I was doing something wrong or maybe a change of location was needed.
Even though I suspected the seed might need a change of location, I never moved the plant, more so out of my frustration with the nonprogression of growth.
I needed some time away from my little indoor experiment. So, I stopped adding fresh water to the jar and just let the seed be...until I was ready to move an olive jar containing water and the top half of a water bottle (top half turned upside down) sitting inside of said, jar.
Seriously, not a good look to have in a kitchen, but it can still be a great conversation starter.
Now that the development is so obvious, I think it can stay.
#agreenhaven
Posted by Atlmom5 at 7:29 AM No comments: 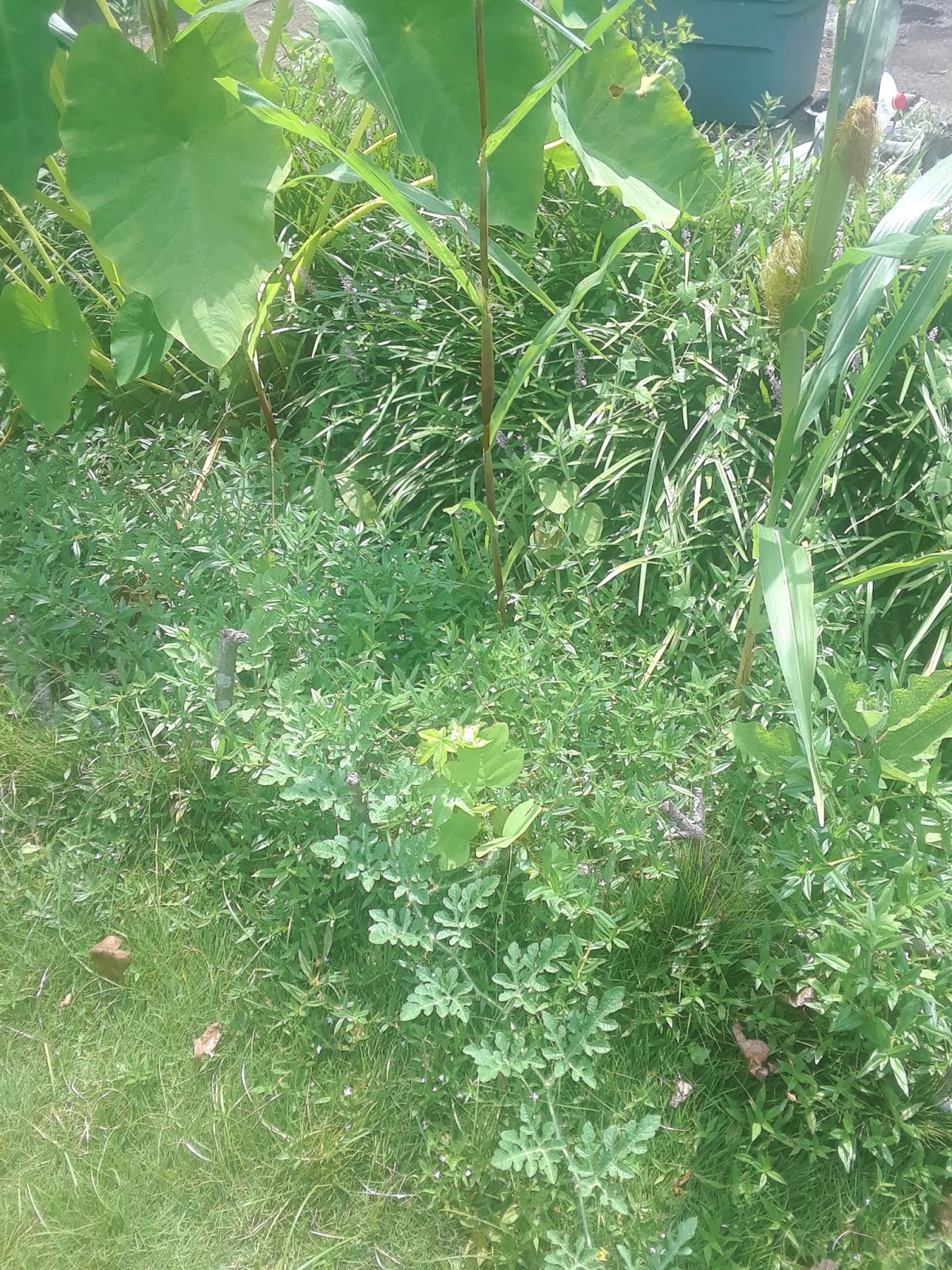 Had to do a bit of sprucing up, the weeds were getting out of hand. So, here's the before picture, and..... 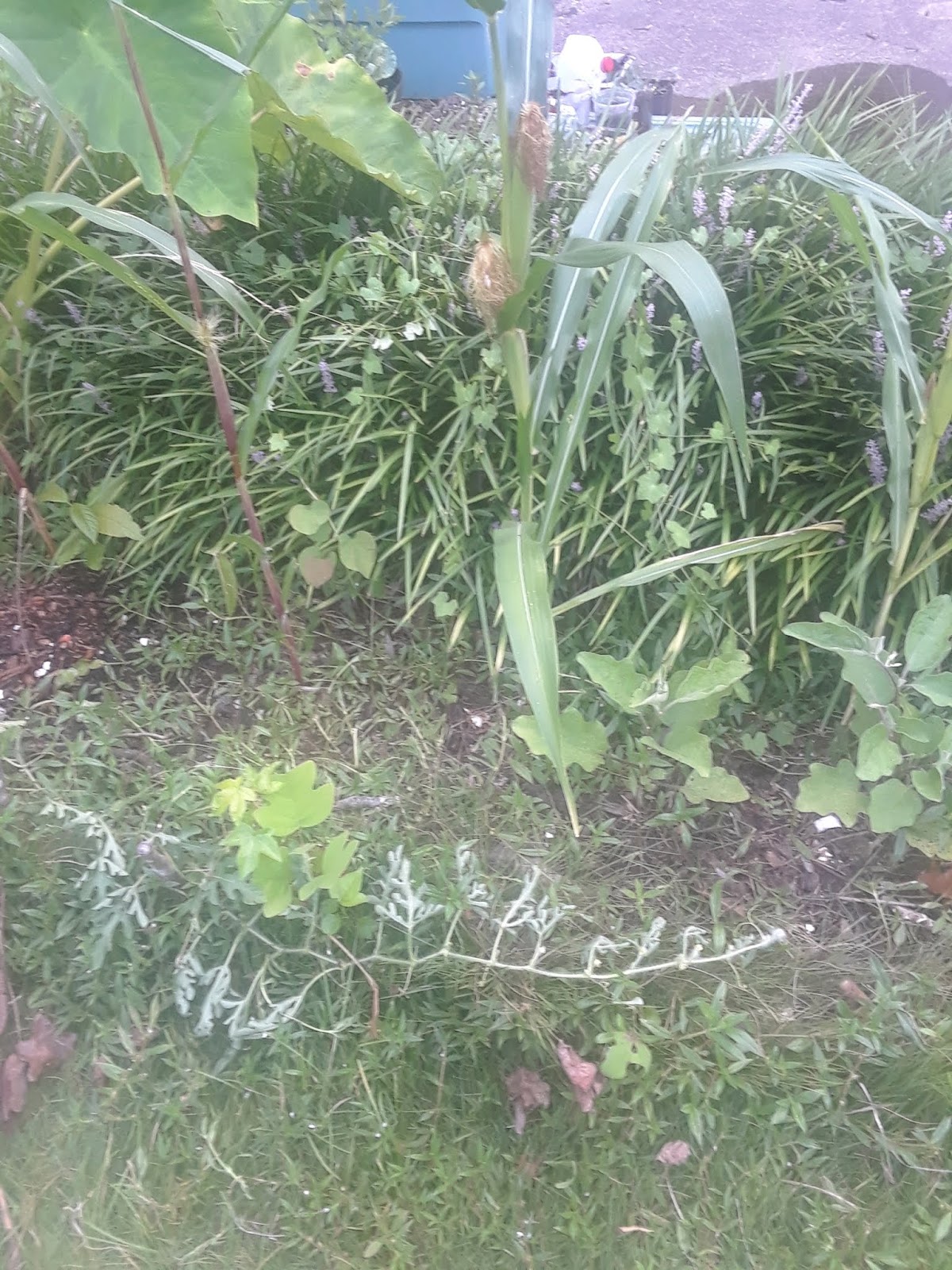 here's the after. I still have more work to do, and I hope to clean up a lot more, but this heat is brutal in the Atlanta area right now. I mean seriously, the heat has been brutal in the early morning hours into the evening, so cleaning up the garden will definitely be a series of small steps.
Posted by Atlmom5 at 5:03 AM No comments:

A garden requires patient labor and attention. Plants do not grow merely to satisfy ambitions or to fulfill good intentions. They thrive because someone expended effort on them.
--Liberty Hyde Bailey
#gardenquotes, #agreenhaven,#growfood,#LibertyHydeBailey
Posted by Atlmom5 at 7:46 AM No comments: 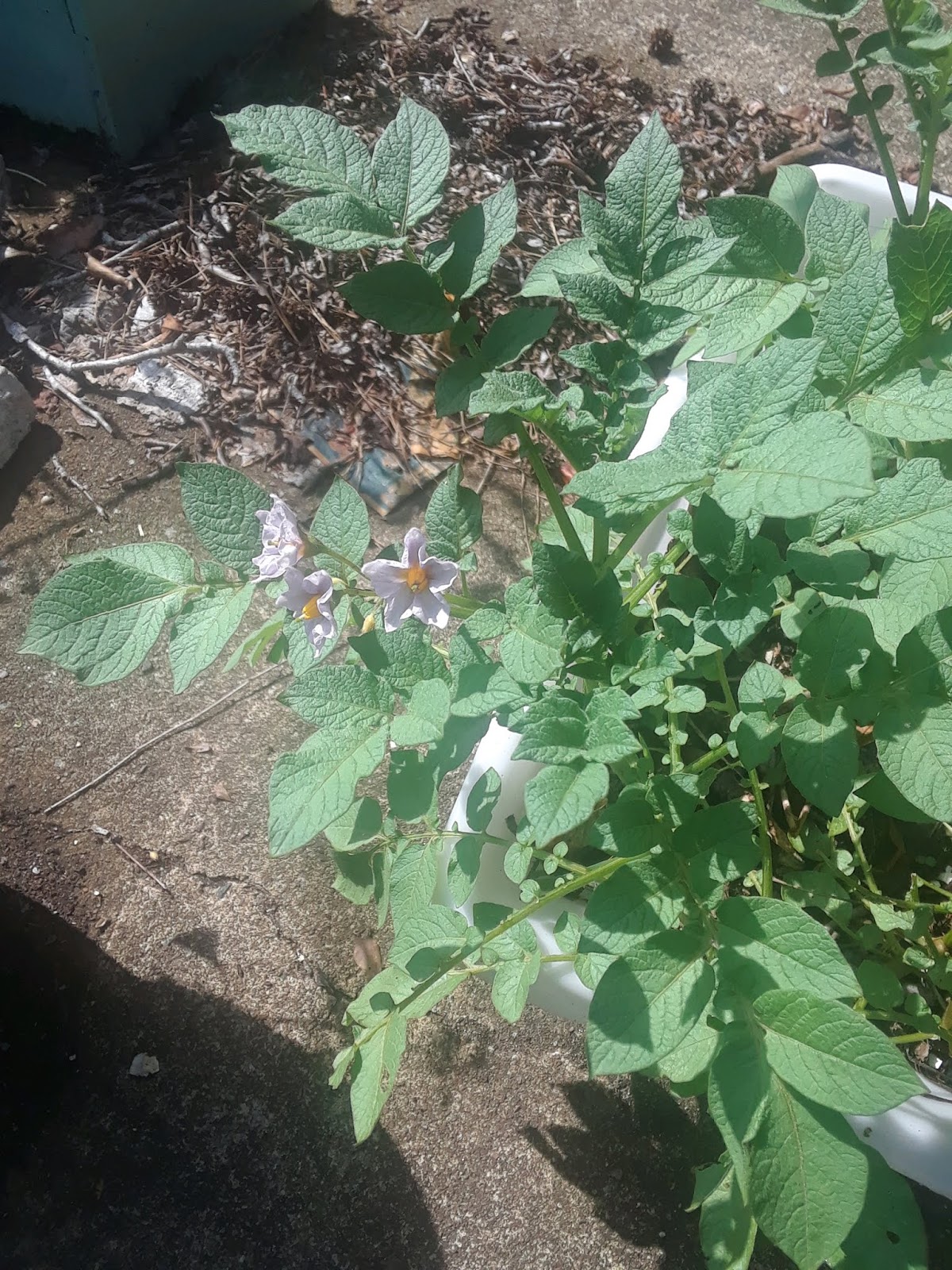 The flowers on the potato plants are in bloom. They look so beautiful.
#atlantagardener, #growfood #potatoflowers
Posted by Atlmom5 at 10:54 AM No comments: 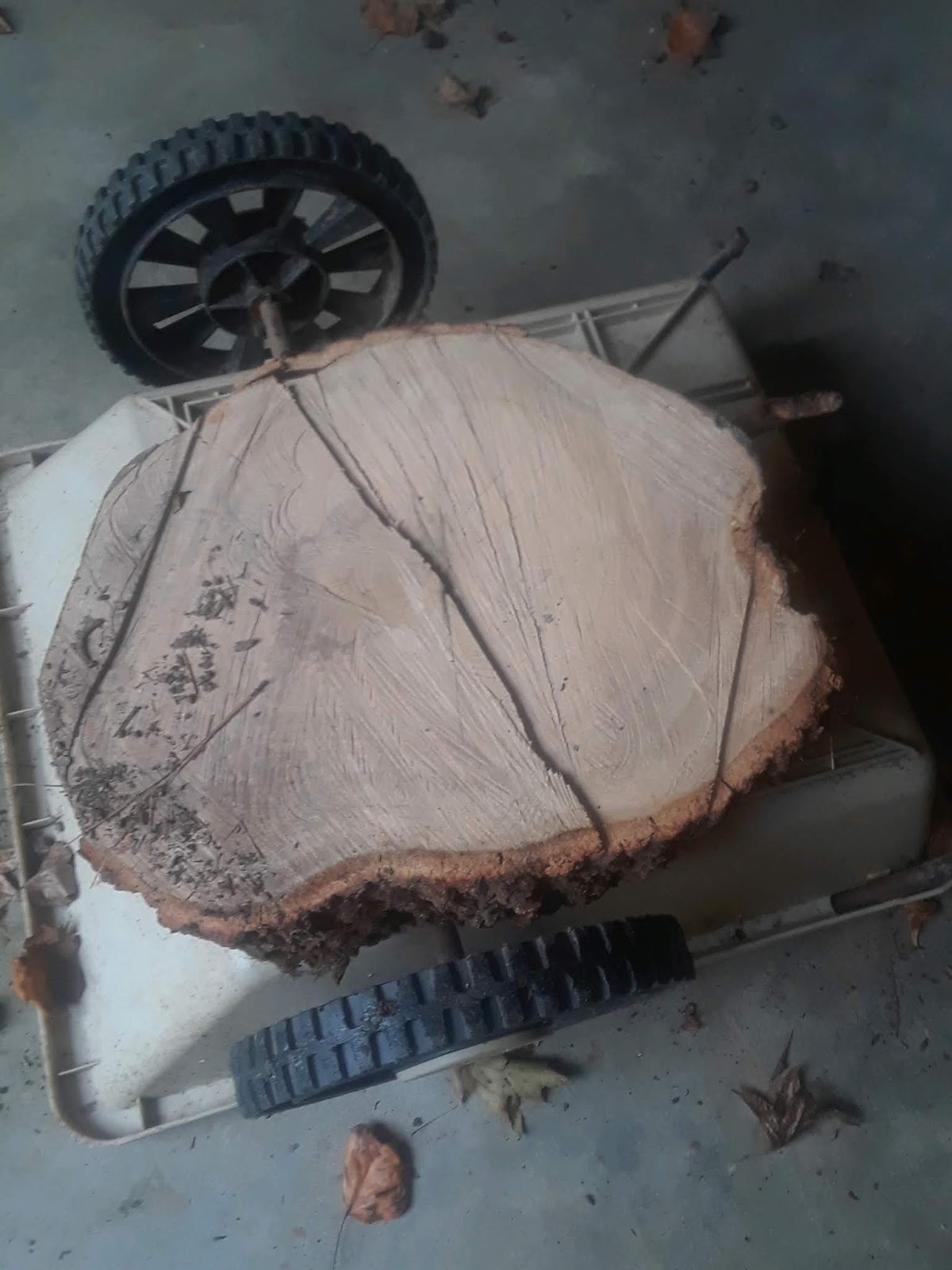 Here's the wood that I spoke about in my previous post, ' A Whirlwind of a Day.'  I'm so happy we found it, now I have to decide which mushrooms to grow.
#atlantagardener, #growfood, #backyardgardener
Posted by Atlmom5 at 10:28 AM No comments:

"I think this is what hooks one to gardening: it is the closest one can come to being present at creation."
---Phyllis Theroux
#gardenquotes, #PhyllisTheroux, #atlgardener,#quoteoftheweek
Posted by Atlmom5 at 4:43 AM No comments: